Power at its core is a measure of energy and how that energy is transferred to the ball at contact. Power is directly related to speed, but also includes such important factors as the mass and acceleration of the bat. There are three parts to the overall Power score: Applied Power, Max Acceleration, Impact Momentum.

The amount of power – measured in watts – that is applied to the bat during the swing by the hands and body. 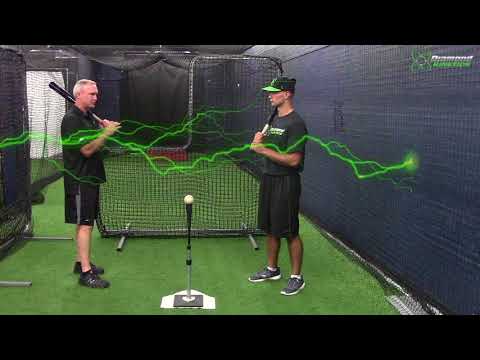 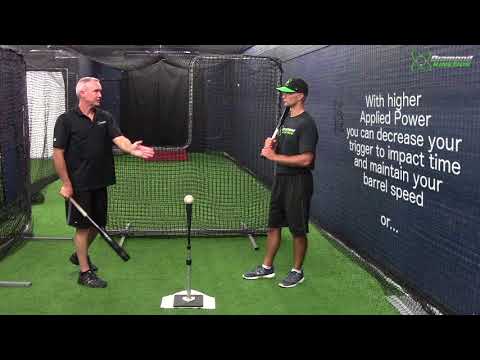 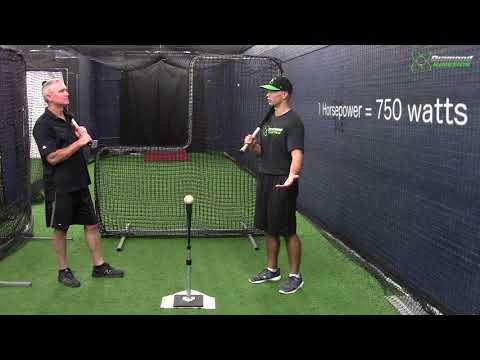 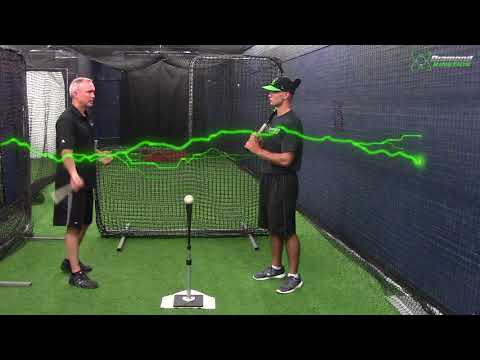 What If You Have High Max Acceleration But Low Applied Power 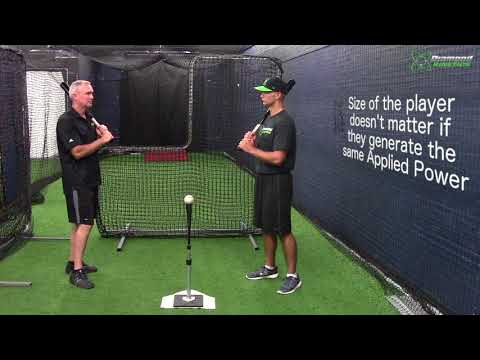 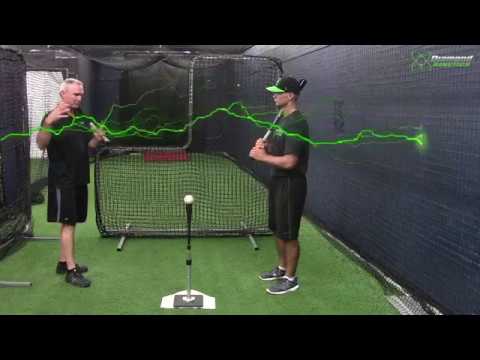 How It Relates To Impact Momentum

Since the distance a ball travels after contact depends on barrel speed at impact and the weight of the bat, more Applied Power during the swing means that it takes the batter less time to reach their Max Barrel Speed.

Furthermore, more Applied Power means the batter is transferring more energy from her body to the bat, and then to the ball. This will result in more bat speed and ultimately more power.

One can improve their Applied Power by integrating the lower body in sequence with the upper body.

Maximum Acceleration captures how quickly a batter speeds up their swing from start until impact, and relates directly to the force and torque applied to the bat. 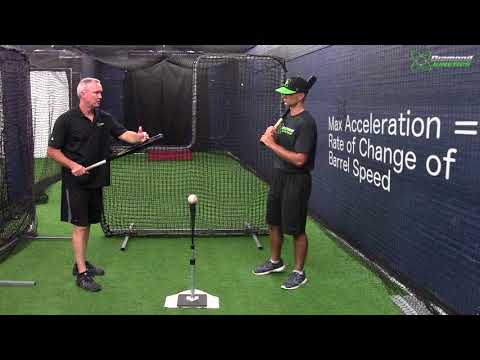 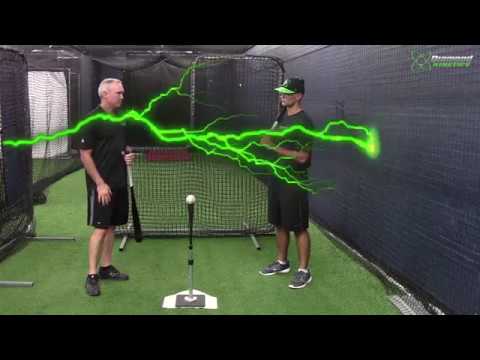 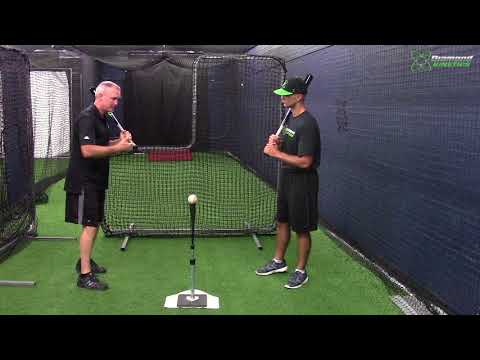 How To Improve Your Acceleration

Higher Max Acceleration allows you to start a swing later – thus giving you more time to recognize the pitch – but still produce a high rate of bat speed and momentum in the bat.

By applying more force and torque – and thus having more Max Acceleration – one can get the bat up to speed in a shorter time, allowing the batter to wait longer to recognize the pitch.

When two cars accelerate from 0-to-60 miles per hour, the car with the highest acceleration gets to 60 MPH the quickest. Therefore, a batter with a quicker acceleration rate from the beginning of the swing until impact will be able to wait longer than his counterpart to identify a pitch, thus allowing for more time to identify if the pitch is a ball or strike.

More Maximum Acceleration also allows the batter to get the bat up to a higher speed over a given period of time, thus generating more exit velocity after making contact on a squared-up ball.

A bat that is too heavy, though, could potentially affect the Max Acceleration of a swing.

Impact Momentum is the amount of momentum in the bat when the bat makes contact with the ball. It is determined by barrel speed at impact, and the weight of the bat. 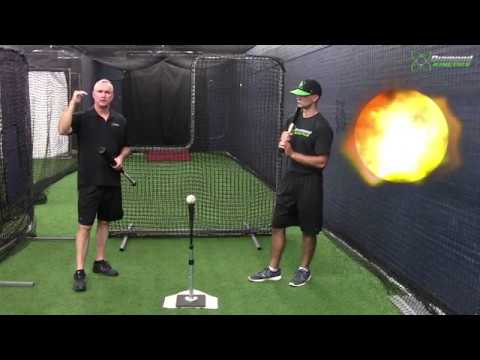 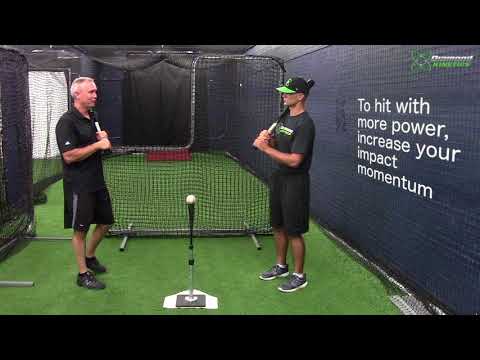 The Essence Of Power 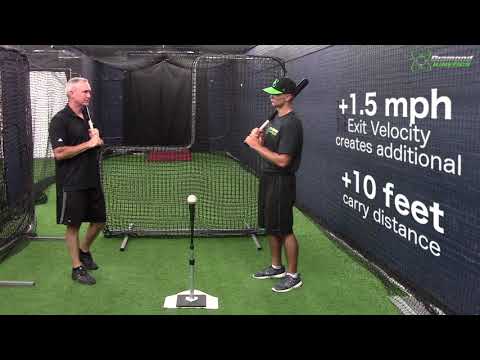 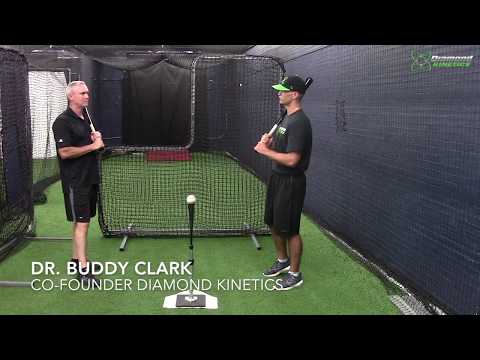 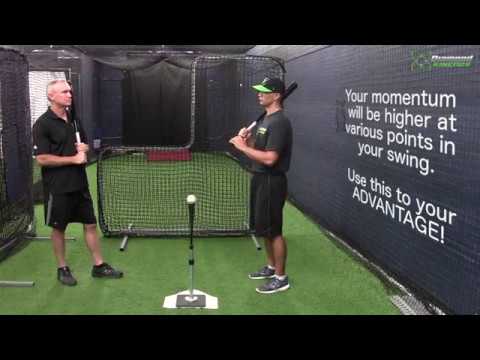 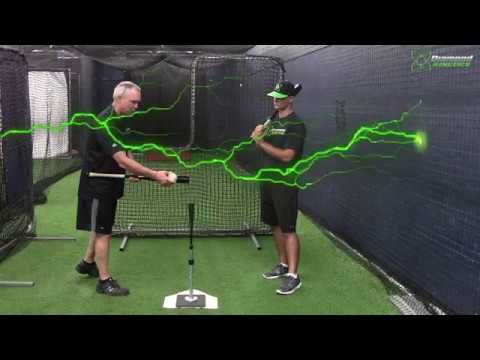 What Has The Greatest Effect On Exit Velocity

The higher the Impact Momentum, the further the ball will travel after contact.

With this in mind, the difference between an Impact Momentum score of 24 and one of 25 is + ~1.5 mph of exit velocity and + ~10 feet of carry for a home run trajectory fly ball.

This measure is the one most closely associated with the power of the hitter. This is because higher momentum directly relates to further hit balls.

If a sports car and a dump truck are both moving at 60 miles per hour, the dump truck – in this case the heavier object – has more momentum than the sports car. Therefore, if two batters both had the same swing speed, the batter using the heavier weighted bat would have more momentum, and thus be able to hit the ball further after contact.

A heavier bat may lead to higher momentum, and therefore more exit velocity and distance for a hit ball – as long as the heavier bat does not cause too much loss in barrel speed.